Kubernetes versions are released on a regular basis and each new version includes a variety of new features and improvements. Some of the features that were introduced in Kubernetes 1.26 include: 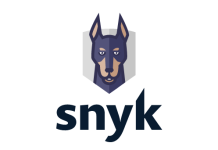